Shaanxi is a province in China’s North West region and home to Xian, the countries ancient capital.

Not to be confused with the bordering province of similar name Shanxi which lies to the east. Shaanxi lies north of Chongqing municipality and Sichuan province. The north of the province is said to be part of the Ordos desert. Further south in the province in Qinling the climate is subtropical.

The province has a variety of climates due to its large area and changes in landform from mountains to lower lying plains. Temperature in January ranges from -12 to 4 degrees celsius with July temperatures ranging from 20 to 28 degrees.

Xian, the provincial capital has a wealth of job opportunities in training schools, public schools and colleges. As a popular and large Chinese city competition for jobs can be relatively high and teachers with prior experience are preferred.

Xian, the provincial capital is home to the terracotta warriors of Qin: China’s first Emperor. Additionally 2 hours coach journey from xian lies Hua mountain. An incredible mountain park famous for its sheer drops and chain walkways. Additionally in Xian is the wild goose pagoda and just by this ancient marvel lies a square with the world’s largest water fountain display.

Shaanxi cuisine is famous for making elaborate use out of typical ingredients. The dishes are typically lamb/mutton dishes with strong, deep flavour. The local tastes emphasise savoury flavours and emphasise garlic, onion, vinegar and salt rather than the popular sugar seasonings used further south.

Close by Sichuan province, this has influenced the foods here and offered a spicy taste to many dishes. A local specialty is biang biang noodles. A wide, thick noodle famous for being written by the most complicated character in the Chinese language. The noodles in Shaanxi are extremely popular all over China. 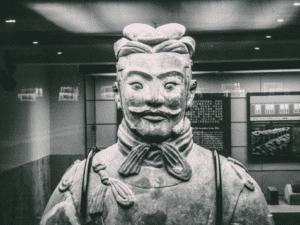 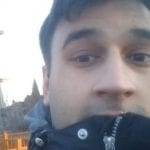